By: Jennifer Dowty, The Globe and Mail 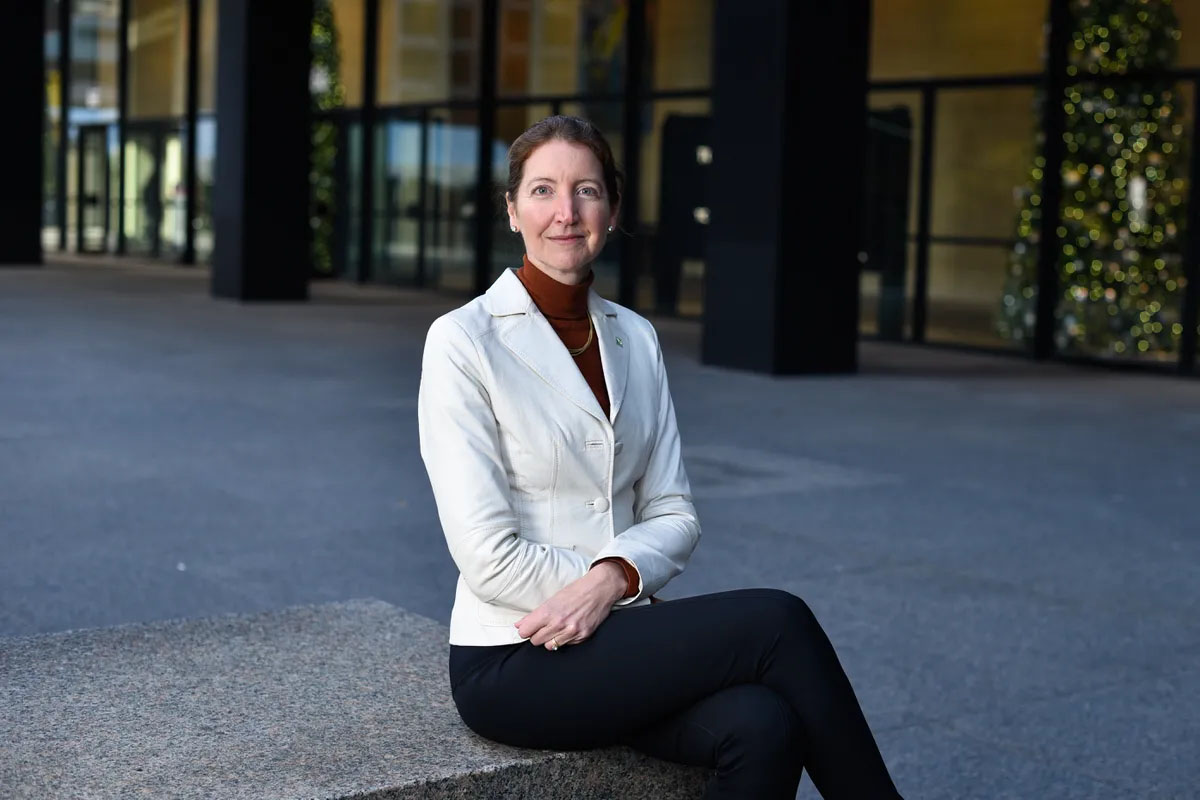 The S&P/TSX Composite Index has staged a strong comeback off of its 2022 closing low of 18,329 set on July 14. More than one month later, the index has rallied approximately 9 per cent – and it has been a broad-based rally. This positive momentum has been supported by signs of slowing inflation and decelerating economic growth, which may signal that the Bank of Canada may soon pause on raising interest rates.

To get a better sense of where the economy, inflation, interest rates and the housing market may be headed, The Globe and Mail recently spoke with Toronto-Dominion Bank chief economist Beata Caranci.

Since March, we’ve had four rapid and consecutive rate hikes by the Bank of Canada, with the overnight rate now at 2.5 per cent. Looking at TD’s forecasts, the overnight rate peaks at 3.25 per cent in the fourth quarter of this year, and you don’t expect more rate hikes despite Canada’s annual inflation rate coming in over 8 per cent in June – its highest level in 40 years. Can you comment on that?

The challenge is that inflation is a lagging and backward-looking indicator, and interest rates work with quite a big lag, meaning the peak impact and transmissions won’t be known until next year. So, if you keep increasing interest rates on the data that happened already in the past, there’s a very high risk that you overcorrect, so you’d make a policy mistake.

Once you’ve entered the territory of a policy mistake and you have to reverse course, it may be too late because the confidence levels may have already been undermined. And if you have already moved toward a recessionary cycle, it’s very difficult to undo that momentum.

You have rates on hold throughout 2023 and do not expect a rate cut by the Bank of Canada next year, which is contrary to some economists. Why is that?

Our view is that at 3.25 per cent, that effectively puts the policy rate above the top end of the bank’s neutral rate, which they define as 3 per cent. And so that means you’re in restrictive territory and that would be a good time to step back, observe the data and see if the economy is evolving as you had expected, so that’s why we have the holding pattern.

If the Bank of Canada cuts rates too early, they can undo so much of the hard fought progress so I don’t think there’s going to be an urgency for them to cut in the absence of a harder landing.

What probabilities would you place on a soft landing, shallow recession and a deep recession?

The financial risks of 2008 is a good example. And you don’t actually see the same high level of risk even in the corporate sector. In fact, we were looking at some of the data on the U.S. side and noticed that corporate balance sheets have improved within several industries, in part because the PPP (Paycheck Protection Program) and other programs led to loan forgiveness and reduced leverage relative to pre-crisis. But we are in a rapid policy rate cycle, so that’s what makes you think you can quite easily get into a shallow recession situation.

Concerns about a recession as well as rising mortgage rates have put home buyers on hold. In a report issued in July by the Canadian Real Estate Association, national home sales activity continued to decline, with the sales-to-new listings ratio at 52 per cent, its lowest level since the beginning of 2015. Yet the national average home price only declined 2 per cent year-over-year. Where do you see home prices headed over the next year?

Given our forecast of a soft landing, we believe we’ve probably absorbed the bulk of the housing correction. We’ve had a significant recalibration in sales already and in average prices as people move away from high priced homes. You can see there’s more resilience happening in the condo sector versus the detached market from an affordability perspective.

I think there’s still some room on the downside both for sales and prices but it’s going to be more limited from here. When we look at national average home prices, we expect the peak-to-trough decline in average prices to be around 19 per cent. But we’ve already gone down about 12 per cent, so that is a measure of how much more we think we can still go down. You can think of it as a one-year slide. The peak was in the first quarter of this year, and the trough will be in the first quarter of next year.

We have the housing market stabilizing around the fourth quarter of this year and as we get into next year for two reasons. One, the bulk of the interest rate shock is already known at that stage. And two, last month’s report showed listings are now falling because if you don’t have an impetus to sell – this is not the market you’re going to list your house in. So even as demand pulls back, at the same time, homeowners now are not going to be compelled to sell.

Lastly, let’s discuss your inflation and economic outlooks. The latest Bank of Canada Monetary Policy Report forecasts inflation will come down to approximately 3 per cent by the end of 2023 and targets 2-per-cent inflation by the end of 2024. How do your forecasts compare with the central bank’s? Do you think those are achievable numbers?

Turning to GDP, of the G7 countries, Canada has the highest anticipated economic growth, based on the International Monetary Fund, which forecasts real GDP growth of 3.4 per cent in 2022 and 1.8 per cent in 2023. Going forward, do you see Canada as a leading economy compared to the other G7 nations?

This is one of our areas of debate. So, absolutely, Canada is the growth leader so far this year hands down and it’s not just a growth leader, it’s a huge outperformance. It’s not related to commodities, it’s related to much stronger consumer profiles. Consumers are spending at a [growth] rate of about 3 per cent in the first half of this year, that’s about two times higher than what you’re seeing in the U.S.

Part of the reason is the delayed reopening in Canada. We had [COVID-19] restrictions longer and more broadly across the country. A second factor is that when we had those pandemic-related closures of businesses, Canadians did not spend on durable goods – clothing, electronics and so forth – to the same degree as the U.S., meaning that Canada is not experiencing the sharp correction part of the overspend.

For next year, that growth outperformance is going to narrow significantly with the U.S. By the time you get to the fourth quarter, I think we will see more synchronicity in the growth patterns. I’m just looking at our preliminary forecast: We have about 3.5 per cent growth this year for Canada and then we have around 1.2 per cent growth next year. That’s the manifestation of the slowing pattern that we expect to see coming toward the tail end of this year.

Now, the U.S. seems to be losing momentum faster than we were expecting, so if they do tilt into a recession, I think it raises the risks Canada would follow suit.

In Europe, we think Germany and Italy are going to be in recession before the year is out. We don’t think that’s the case for the U.S. and Canada. We don’t think that Europe is the model for what will be the experience in North America as Canada and the U.S. are net producers and exporters of commodities, while also not facing Europe’s energy crisis impact on businesses and households.