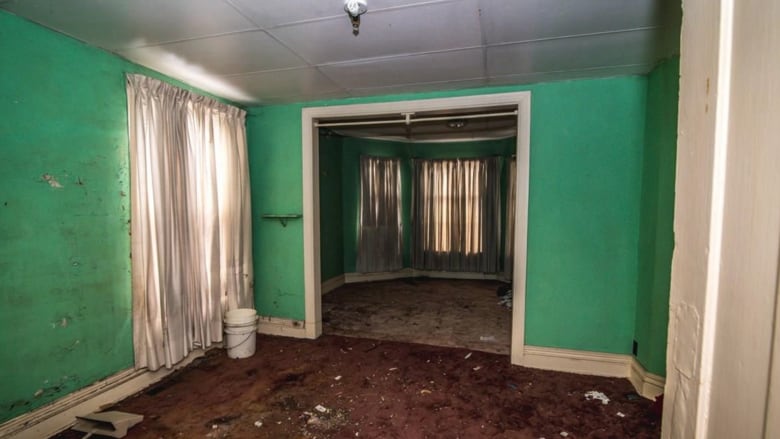 This is the inside of a downtown Hamilton home that is listed for sale online at $450,000. (Bob Hatcher, Venturehomes.ca)

It looks like a scene ripped straight out of a horror movie — and it could be yours for $450,000.

It's described as a "rare opportunity for investors, renovators and landlords."

From the outside, the home looks fairly innocuous, if a little run down. It's inside that the comparisons to the set of IT or 28 Days Later become readily apparent. 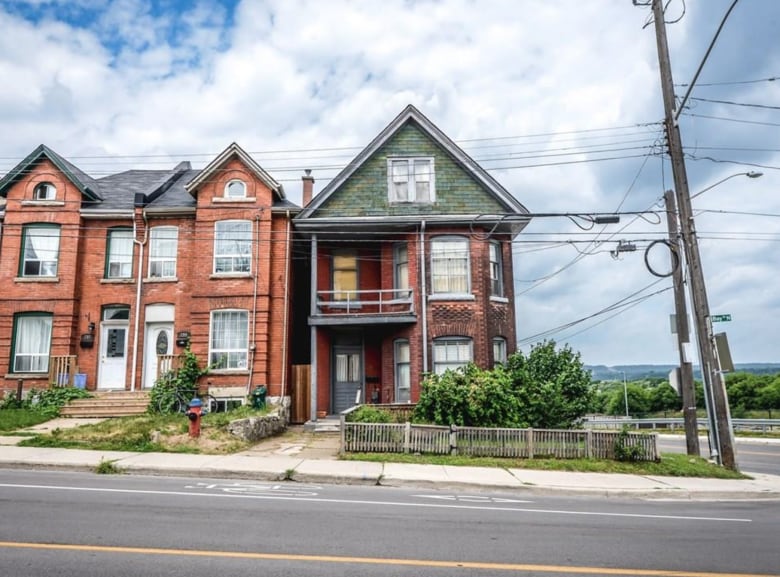 The home is located at the corner of Bay Street North and Stuart Street. (Bob Hatcher, Venturehomes.ca)

Faded paint is chipping off the walls and ceilings of many rooms, with flecks of debris and dirt lining the floors.

One bathroom door sits wrenched from the wall and rests in the room with the toilet itself, with a makeshift plywood patch in the ceiling right above it.

Realtor Wes Malec told CBC News that the home "needs to be gutted and renovated" — but clearly, the price is right for someone. He's expecting to juggle multiple offers on the property Wednesday.

"There's a lot of interest," Malec said. "This is the best location in Hamilton." 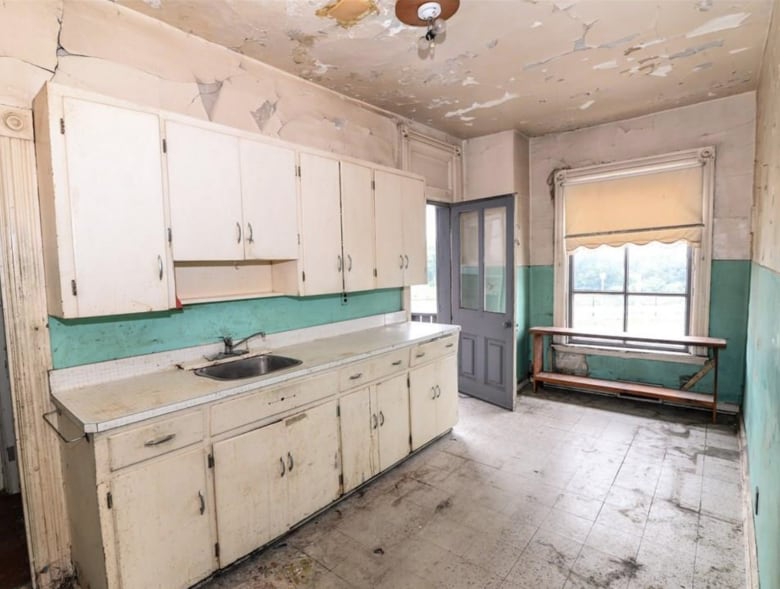 The realtor for the property says it would likely take about $150,000 to $200,000 to strip and renovate the home. (Bob Hatcher, Venturehomes.ca)

The home at the corner of Bay and Stuart Streets is part of an estate sale, and has been in the same family since the 1970s. Malec first listed it with Keller Williams Edge Realty about three weeks ago for $540,000.

Immediately, he got three offers. The home was then conditionally sold on financing, Malec said, but that sale fell through. Now, several other people have lined up and are expressing interest, he said.

"You could build up to 10 stories on that lot," Malec said. "Contractors look at that as gold." 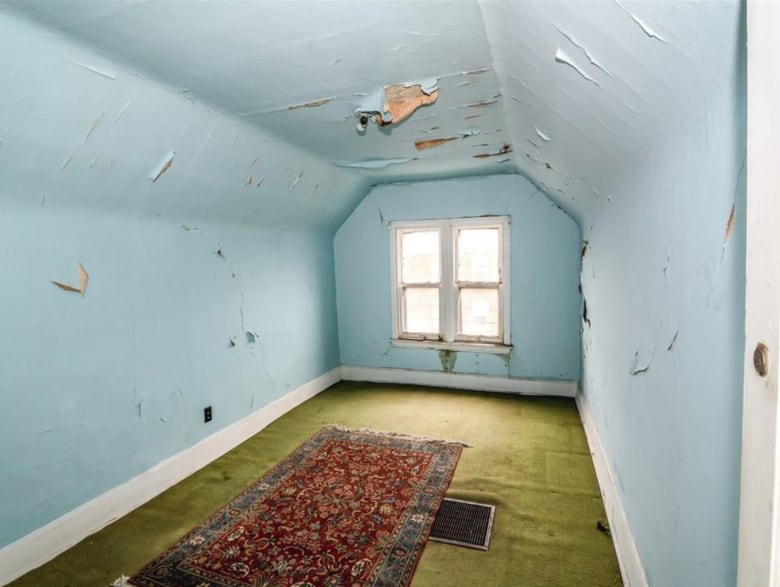 The home has been in the same family since the 1970s. It is being sold in an estate sale. (Bob Hatcher, Venturehomes.ca)

The listing says the property is a 2,400-square foot, two-and-half-storey brick century home with nine-foot ceilings, 60 amp service, an updated furnace (in 2000) and a fully fenced yard.

It's listed as a two-bathroom, eight-bedroom home, with two eat-in kitchens, two living rooms, and no parking.

It also says it offers "amazing views of Bayfront Park" and is "just steps to the West Harbour GO Station." 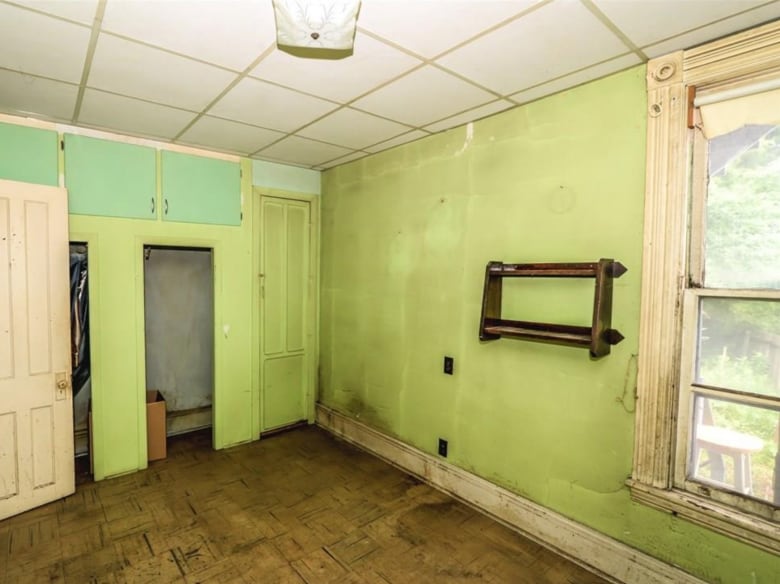 The basement is also unfinished, if that's a deal breaker for you.

Malec said the interest in listings like this one show that Hamilton's housing market is quite hot. The average sale price of a home in central Hamilton has risen 19.3 per cent since July of last year, he said.

"It's a prime location, that's why the price is what it is," he said. 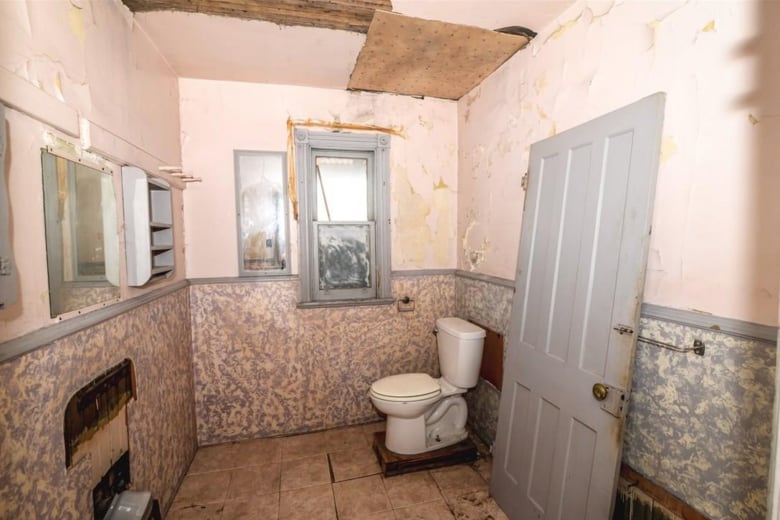 According to a Royal LePage survey published last month, housing prices are still shooting up in Hamilton, but compared to the GTA, the city "remains affordable" and is still attracting first-time buyers. 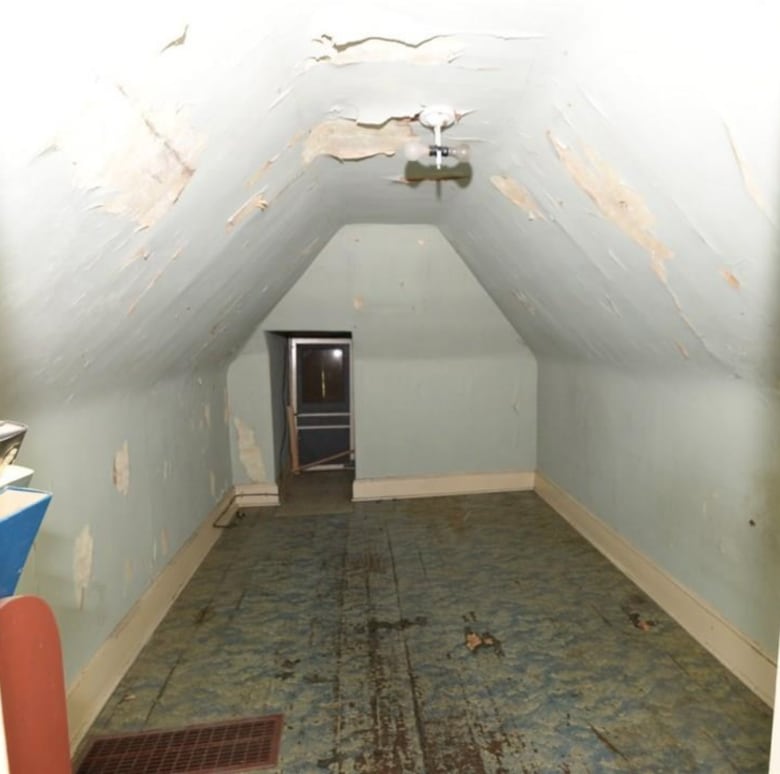 Malec says the home is in the "best location in Hamilton." (Bob Hatcher, Venturehomes.ca)

"Moderate" price increases are expected to continue into the third quarter, according to the survey, but the market will be more balanced. 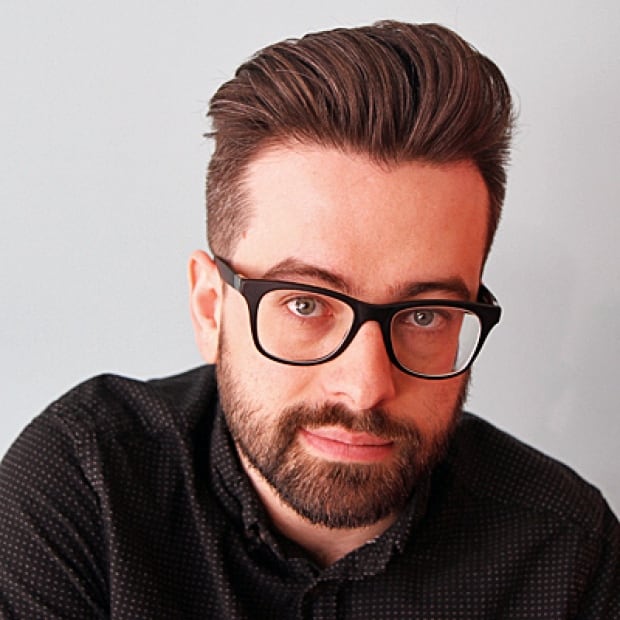 Adam Carter is a Newfoundlander who now calls Hamilton home. He enjoys a good story and playing loud music in dank bars. You can follow him on Twitter @AdamCarterCBC or drop him an email at adam.carter@cbc.ca.