How long it will take you to sell your Home, days on the Market in 63 Canadian City 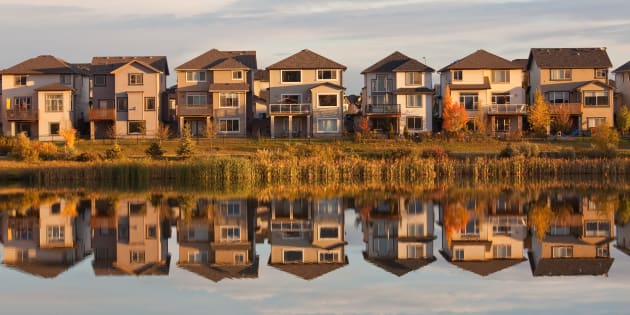 IMAGINEGOLF VIA GETTY IMAGES
A row of houses reflected in a pond in Calgary, Alta.

We've been hearing from our readers lately that real estate news focuses too much on Toronto and Vancouver and not enough on the rest of the country.

This is a legitimate point. Both within the industry and among the public, there's been a fascination with these two markets. And there's some reason for that. As recently as 2015, the Toronto and Vancouver metro areas accounted for 29 per cent of all home sales in Canada.

But with the recent slowdown in those cities, they're becoming less important to the overall market, accounting for only 22 per cent of sales in 2018.

So it's time to take a look at what's going on in all those other markets that aren't Toronto or Vancouver. In the coming weeks, we'll be featuring stories on conditions in Canada's smaller and medium-sized markets — or at least as much data as we can find, because there are often gaps in those smaller communities.

Earlier on HuffPost: How much home can "peak millennials" afford in Canada? Story continues below.

This week we are drilling down through Canadian Real Estate Association statistics to see just how long it takes to sell a house in the many varied markets across the country.

Despite a sharp slowdown in home sales across southern Ontario in recent months, these cities are still the places where houses "fly off the shelves," as it were, at breakneck speed. The shortest time period in the country is in Windsor (yes, population-of-200,000 Windsor), where it typically takes 12 days to sell a house.

Compare that to 134 days in Saguenay, Que., the longest period reported by any real estate board in Canada. In fact, the bottom of the list is dominated by municipalities in Quebec. Even Montreal, which had the strongest housing market among major cities in 2018, has a 74-day average selling time, compared to 23 days in Toronto and 56 in Greater Vancouver, which had far weaker housing markets in the past year.

It takes less time to sell a house in most Maritime cities than it does in a bustling Montreal. Go figure.


This isn't just about economics; there is something cultural going on here. Maybe that old trope that English Canadians are always in a hurry and French Canadians like to take their time has something to it.

And it's also about the markets' legacy, or what people are accustomed to. After years of competitive housing markets, Ontarians are used to making these decisions quickly. Meanwhile, decades of a moribund housing market have made "fear of missing out" a nearly unheard-of phenomenon in Quebec.

Looking at Montreal's housing market, which continues to be affordable after years of strong demand, while Toronto and Vancouver struggle with record levels of unaffordability, I can't help but think that Quebecers may be on to something here.

But there is one other factor to consider: Recycled listings. Realtors in some parts of the country are taking houses off the market and re-listing them, to make the listing look "fresh." That can distort the numbers. It's unlikely this is making a huge difference in these numbers, but something to keep in mind.

Here are the average days on market for houses across Canada.

*For markets that distinguish between condo and detached home data, the number is for detached homes. Only province-wide numbers were available for Nova Scotia and P.E.I. Data was missing for some communities, particularly in B.C.

(UPDATED to include Winnipeg, which were missed in the original chart.)