Nations must be 'absolutely vigilant' about inflation

Nations must be 'absolutely vigilant' about inflation, says IMF 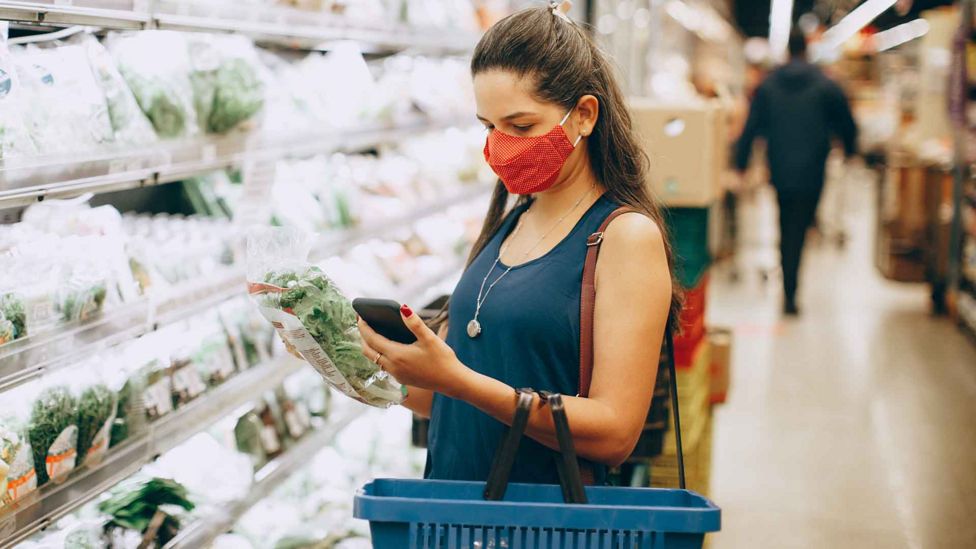 The global economy contracted sharply in 2020, but rebounded strongly in the first half of this year as countries unlocked.

However, in its latest World Economic Outlook, the IMF said "momentum had weakened" since then as the highly transmissible Delta variant of coronavirus stopped "a full return" to normality.

IMF chief economist Gita Gopinath said one of the biggest problems was high inflation, particularly in the UK and US where it is running at 3.2% and 5.3% respectively.

This was partly due to a "mismatch between demand and supply", but also in the case of the UK soaring gas prices.

She said inflation was likely to stabilize in most placed by mid-2022, although it would take until 2023 in the UK. However, she central banks "should absolutely be vigilant about what's happening".

The IMF cut its projection for global growth in 2021 only marginally to 5.9%, but said it masked large downgrades for some rich countries.

Notably it expects the world's largest economy, the US, to grow by only 6% this year, down from the 7% the fund forecast in July.

"These divergences are a consequence of the 'great vaccine divide' and large disparities in policy support," Ms Gopinath said.

The hit to these countries' living standards would be "much higher" now, she told the BBC.

On fiscal policy, the IMF said countries would have to tread fine between controlling inflation and giving their economies enough stimulus to recover.

It said that debt in many countries was at record levels due to emergency pandemic spending, and employment remained significantly below pre-pandemic levels.

The UK's economy is forecast to grow by 6.8% this year, down from the previous forecast of 7%.

However, the IMF expects most advanced economies to return their pre-pandemic growth trends next year as supply chain issues ease, and to exceed it by about 1% in 2024.By contrast, it said emerging and developing economies (excluding China) could fall back and remain 5.5% below their pre-pandemic forecast by 2024.

The post lockdown recovery is getting messy. That is the message from the IMF's twice yearly review of the world economy.

"Longer than expected" supply disruptions are feeding into inflation, and led to downgrades to growth this year for the US and UK. The biggest impact though has been felt in developing economies where a lack of vaccinations, and exposure to rising commodity and food prices has hit prospects.

While global inflationary pressures should abate in general in the middle of next year, the IMF groups the UK alongside the US and some emerging economies as places where there are "upside risks" from rising prices.

The biggest risk is, of course, a resurgence of Covid variants, especially in countries with slow vaccination progress. The UK's vaccine rollout success is singled out in contributing to a rebound in the economy.

After a sharper downgrade to 2021 prospects for the US than UK, the PM and chancellor will be able to claim the IMF is predicting Britain has the highest growth in the G7 this year.

This should be taken with a pinch of salt. Certainly ground that was lost is being made up, but a bigger fall than any other G7 nation in 2020, because of having suffered the worst pandemic first wave, makes a reopening of the economy appear like a boom. Argentina is growing even more than the UK, but it also lost just under a tenth of the value of its economy last year.

But the big picture is now supply problems and price rises. The problem is that it makes central banks, including the Bank of England, more likely to raise interest rates more quickly. 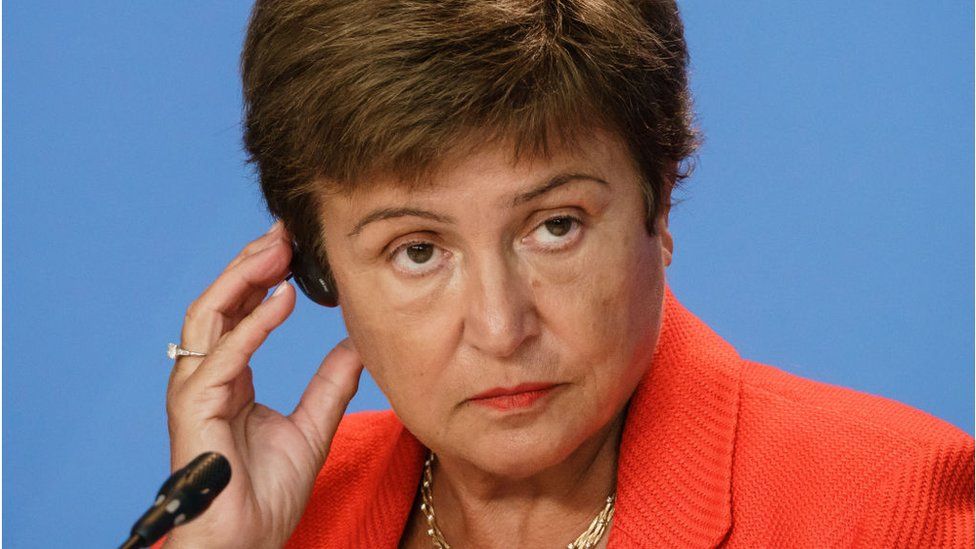 Ms Georgieva's future as IMF managing director had been in doubt following a damning report prepared by the law firm WilmerHale for the World Bank's board about data irregularities in the bank's now-cancelled "Doing Business" report.

It alleged that Ms Georgieva and other senior officials applied "undue pressure" on bank staff in 2017 to make changes to boost China's ranking in the report. This was at a time when the bank was seeking Beijing's support for a major capital increase.

Ms Georgieva had won the support of France and other European governments last week, but US and Japanese officials pushed for a more thorough review of the allegations, according to reports.

On Monday, US Treasury Secretary Janet Yellen said the report raised "legitimate" concerns, but "absent further direct evidence" there was no basis for a change of leadership at the IMF.

Ms Georgieva said: "This has obviously been a difficult episode for me personally. However, I want to express my unyielding support for the independence and integrity of institutions such as the World Bank and IMF; and my respect for all those committed to protecting the values on which these organisations are founded."