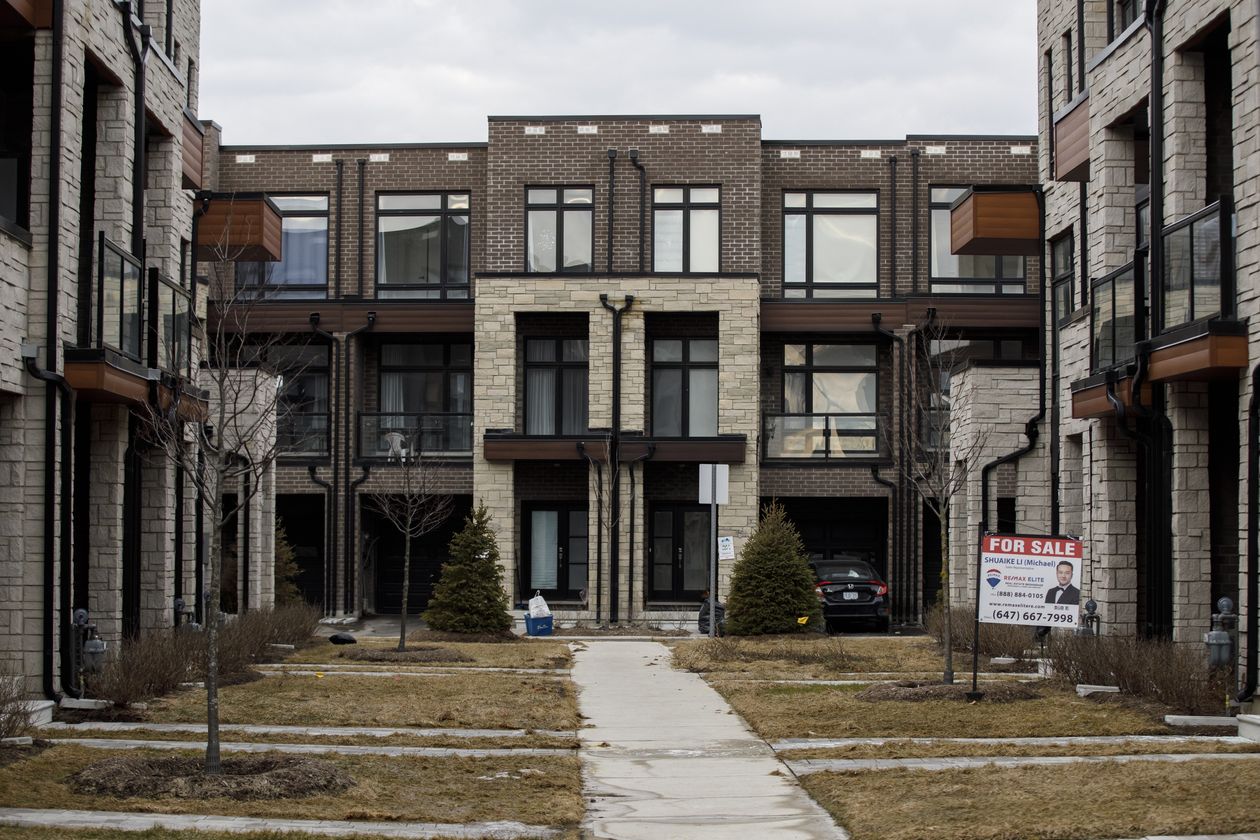 Economists worry that real estate’s outsize role in the economy could be exposed in the next downturn. A "For Sale" sign in front of homes in Vaughan, Ontario, in mid-March.

OTTAWA—The U.S. may be experiencing its biggest housing boom in decades, but one country has been outpacing its peers in home-price growth: Canada.

Just like in the U.S., the U.K., Australia and elsewhere, Canada is experiencing a housing craze fed by the Covid-19 pandemic and the demand for more space, rock-bottom interest rates, and demographics, with millennials moving into their prime-buying years. Yet Canada has seen a more dramatic price run-up than all Group of Seven countries. According to housing data collected by the Federal Reserve Bank of Dallas, nominal house prices in Canada rose at an annual rate of about 16% in the fourth quarter from the previous three-month period, outpacing the U.S., the U.K. and elsewhere.

While in the U.S. there are few concerns about a bubble or a 2008-style crash, that’s not the case in Canada, where some analysts and economists worry about real estate’s outsize role in the country’s economy that could be exposed in the next downturn. Canadian housing as a share of gross domestic product was 9.3% as of the fourth quarter of 2020, up from 7.5% a year earlier and from 6.6% a decade ago. In the U.S., housing is 4.6% of GDP, and the U.S. level at the height of its housing boom reached only 6.7%, according to data from BMO Capital Markets.

In addition, starting in the third quarter of last year for the first time since data were collected in the 1960s, Canadian investment in real estate outstripped business investment in nonresidential structures, machinery and equipment as a share of GDP. While money is going into real estate, economists point out that houses don’t produce the goods and services to meet domestic and foreign demand, and expand an economy’s long-term potential.