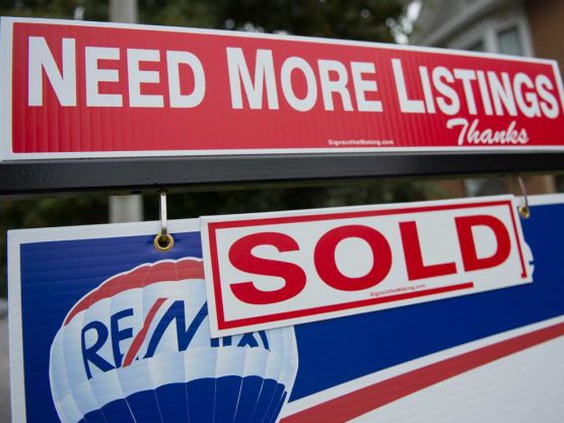 Vancouver has been a presence on various lists of least-affordable housing for years, and now tops a survey released this month by Oxford Economics considering North America’s most expensive cities.

The group’s Housing Affordability Indices report concludes that “affordability deteriorated in nearly all U.S. and Canadian metros” in the second quarter of 2021. A typical Canadian house price hit 35 per cent above the borrowing capacity of median-income households , and in fact, results show a “ more rapidly worsening affordability in Canada than in the U.S.,” Oxford says.

While the U.K.-based economics group expects Canadian house prices to stabilize, it expects rising mortgage rates to continue to challenge affordability. Though the housing market has cooled somewhat, supply is tight — listings in the Toronto area were down 34 per cent from September 2020 and down 29.5 per cent in Vancouver — contributing to historic high prices.

Oxford’s Canadian Housing Affordability Index (based on 0.9 to 1.1 being affordable) rose by five points in the second quarter, from 1.30 to 1.35 — and by 10 points in the past year.  The survey shows that eight of nine Canadian metros for which Oxford constructed indexes saw affordability worsen, led by Vancouver (up 6 points), followed by Montreal (up 5), Toronto (up 5), Ottawa (up 4), and Hamilton, Ont. (up 3). Though Montreal experienced increased unaffordability, it does not rank in the Top 10 cities.

Oxford sees its national index for Canada increasing another 10 points to 1.45 by the second quarter of 2022. 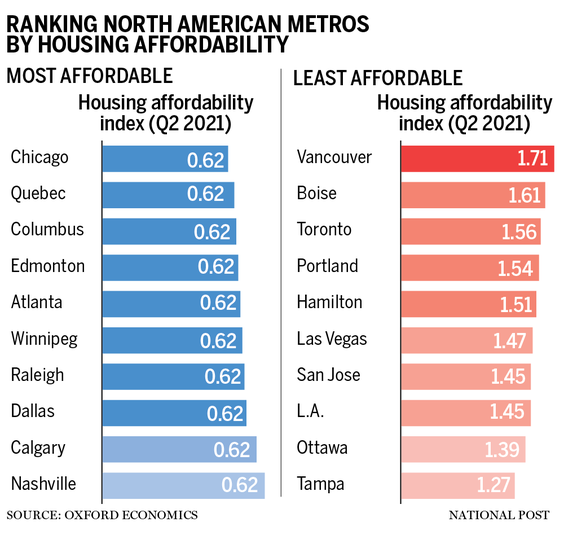 These are the individual cities’ house September statistics, garnered from various realtor organizations:

Quebec City: The number of sales rose by 29 per cent from the second quarter of 2020, to $360,840 for a single-family home (latest figures available)

Montreal: Sales in metro Montreal dropped 28 per cent last month as the number of listings fell. The average price of a single-family home hit $607,232

Hamilton: The average price in the Hamilton-Burlington region was $981,678, where sales were off 30 per cent from the same period a year earlier

Edmonton: The MLS HPI benchmark price in the Greater Edmonton Area levelled out at $345,200, up 5 per cent from September 2020

Calgary: As of September, the total residential benchmark price was $457,900, over eight per cent higher than last year

Vancouver: The MLS HPI benchmark for all residential properties in Metro Vancouver was $1,186,100, up 13.8 per cent over September 2020 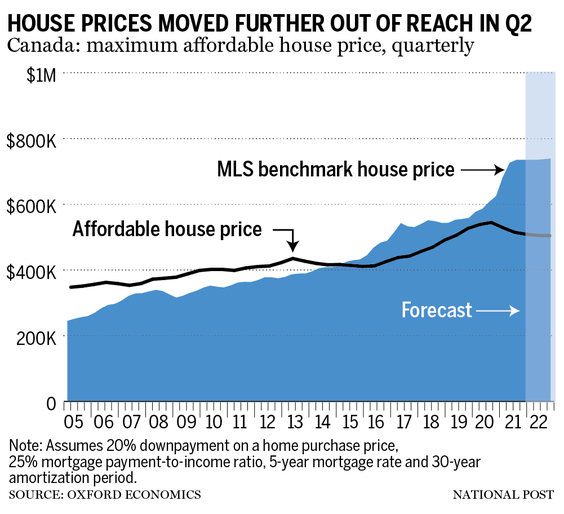 Oxford’s index for the U.S. rose three points to 0.77, with prices 23 per cent lower than the median income households’ borrowing capacity. Affordability is projected to fall slightly, with the national U.S. index set to rise to 0.80 by the end of next year.